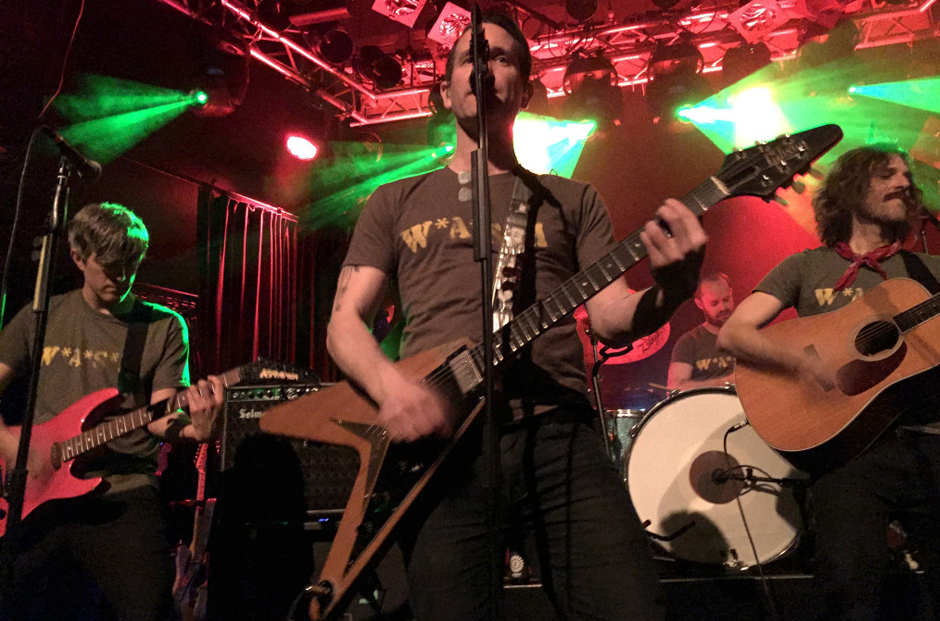 Before their only Swiss show of the «Masters Of The Euroverse» tour I had the opportunity to talk to Keith Murray from We Are Scientists and Rick Mc Murray from Ash. Thanks again for the nice chat and the great concert in Zurich! 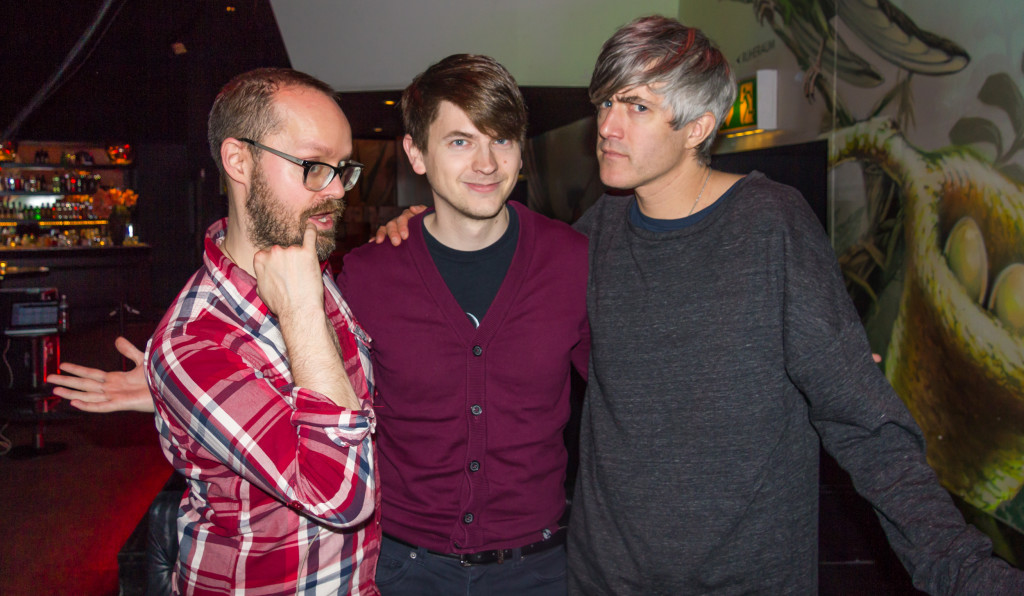 Indiespect: Soon your «Masters Of The Euroverse» tour will be over. You play your last show in Paris on Tuesday. How does that feel?

I: Are you even able to do your own shows afterwards?

Keith: I’m only glad that we get to go home and feel in a safe familiar space. These poor guys have to keep on going on tour. I was actually kind of thinking today, wondering if we could cancel our Northhampton show and come to you.

Rick: Yes, you should do!

I: People would surely understand.

Keith: (laughs) Well I don’t know. People in Northhampton might not be that excited that we’re playing a show in London.

I: You had to cancel your gig in Amsterdam so you and your bandmates from Ash had to play the show on your own. What was the reason for that? Had it something to do with the attacks in Paris?

Keith: I was in Paris with my wife. So it felt that I kind of have to take her home before I left on tour. That goes with the circumstances in which just putting her onto the plane and be like: «I’ll see you in three weeks», might not be appropriate. So I flew home with her and then flew back the next night. That’s why I didn’t get to Amsterdam by the time of the show.

I: How was this show for you, Rick?

Rick: It was obviously the best show.

Rick: No. We were just glad that Keith got his wife home safely and got straight into it, as soon as he could. We did a slightly longer Ash show.

Keith: It was kind of a warm-up. It wasn’t a full night of the «Masters Of The Euroverse» tour.

Rick: That’s when we learned to play a lot of cover versions. We learned a couple of Scientist’s songs. And then Chris and Keith (Crane – drummer) got there. Our set was full of impro tunes ever expanding. But we’re such consummate musicians that we can pull off anything. I’d find people with their eyes closed, that walked into our gig last night at half past eleven, thinking, why is Marilyn Manson on stage?

Keith: I guess maybe The Cure booked this room for the night.

I: Talking about your covers. How many did you practice for the tour?

Rick: We made them up in soundcheck. I think that was part of the charm of doing it.

Keith: Everyday we decide what the day’s cover will be. «Sweater Song» by «Weezer» was the very first one.

Rick: «Do You Fear The Reaper» aswell.

I: Which Marilyn Manson song did you play during your last show in Munich?

Keith: We did «Beautiful People», which wasn’t my favourite Marilyn Manson song to begin with. But I think now it has rocked it up in my esteem. Yeah, the actual songwriting comes to life, when we do it. 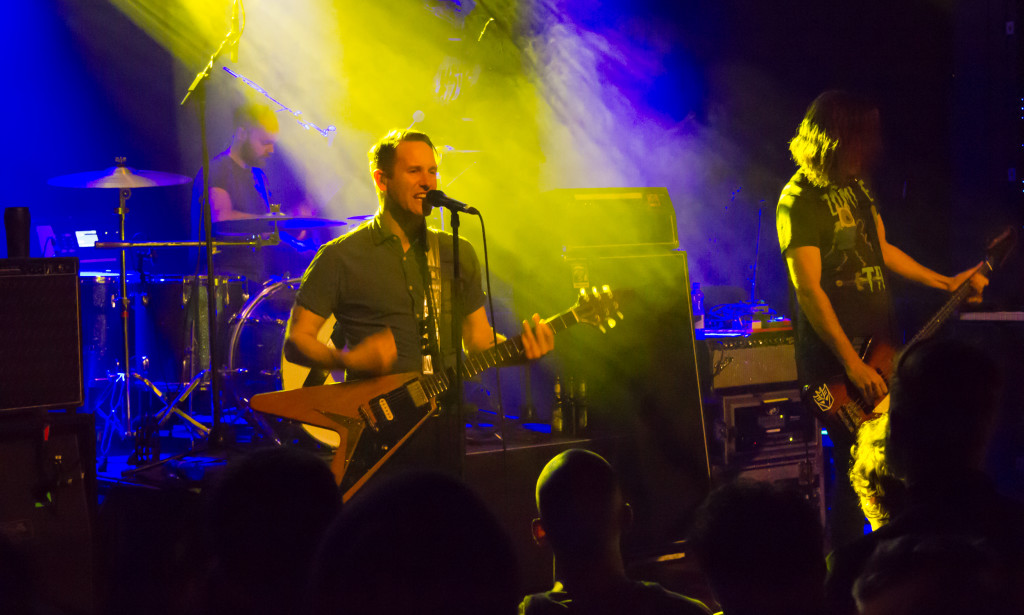 I: Where did you meet each other in the first place? How long do you know each other?

Keith: I think Rick and I met in Australia.

Rick: Well, the first time I saw you play was actually in Belfast when you were supporting Snow Patrol. That was in 2005 or something.

Keith: Oh, that’s right! That’s the first time we ever met. I totally forgot about that show.

Rick: Then there was the Jägermeister a couple of years ago. We were doing a festival in Germany.

Keith: That I don’t know. I must have had too much Jägermeister.

Rick: There was this bar which went up like 200 feet in the air.

Keith: But it wasn’t called «Jägermeister Festival». We didn’t really hang out. I think I vaguely knew Tim at that time. So I kind of walked in and was like: «Heey… Ash!». But did you go to the afterparty?

Rick: We were there at different days and different stages.

Keith: No, we played the same stage. But I think you had something else that night. I think you played early, because you had another thing. Sorry, that is not the most interesting thing. 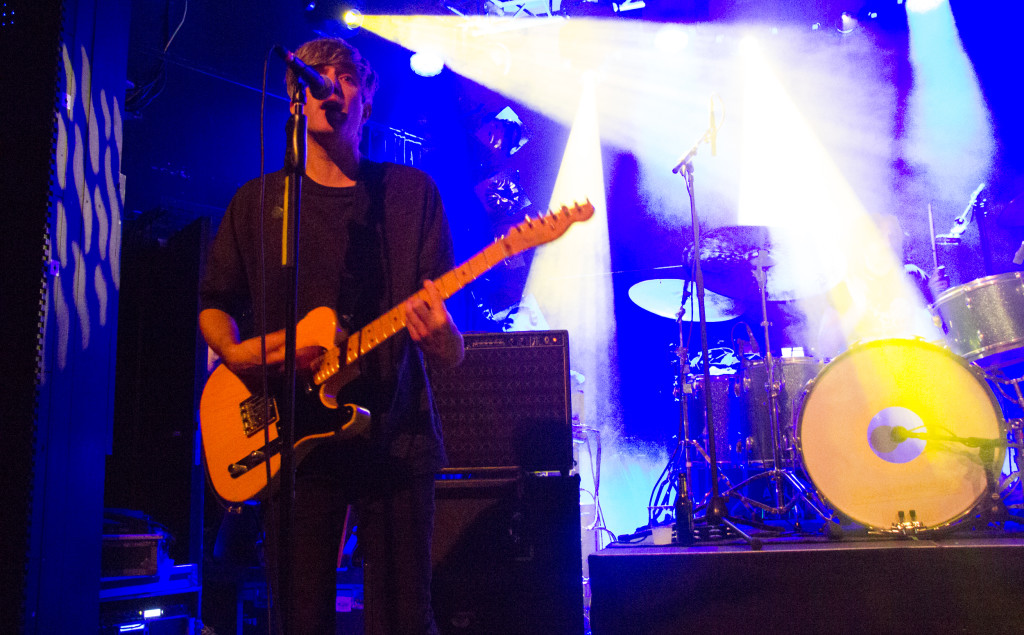 I: I thought it was because of Andy Burrows, your former drummer (of We Are Scientists). Because he played shows with Tim last year.

Keith: No, no. We brought Andy Burrows into prominence, through our mutual friendships. We’re how the world knows Andy Burrows.

Rick: I didn’t know him…

Keith: Shh… Our friendship. Everybody was paying attention to Ash and We Are Scientists hanging out. Who is this talented Mofo? Yeah, check this guy.

I: I think everybody realizes, that your are very close friends. Could you imagine to do this kind of collaboration with another band?

Keith: I guess, there are other bands that we are friendly with aswell. But they would have to be really good friends to do a tour like this. I couldn’t imagine doing this tour with people you don’t really like a lot. 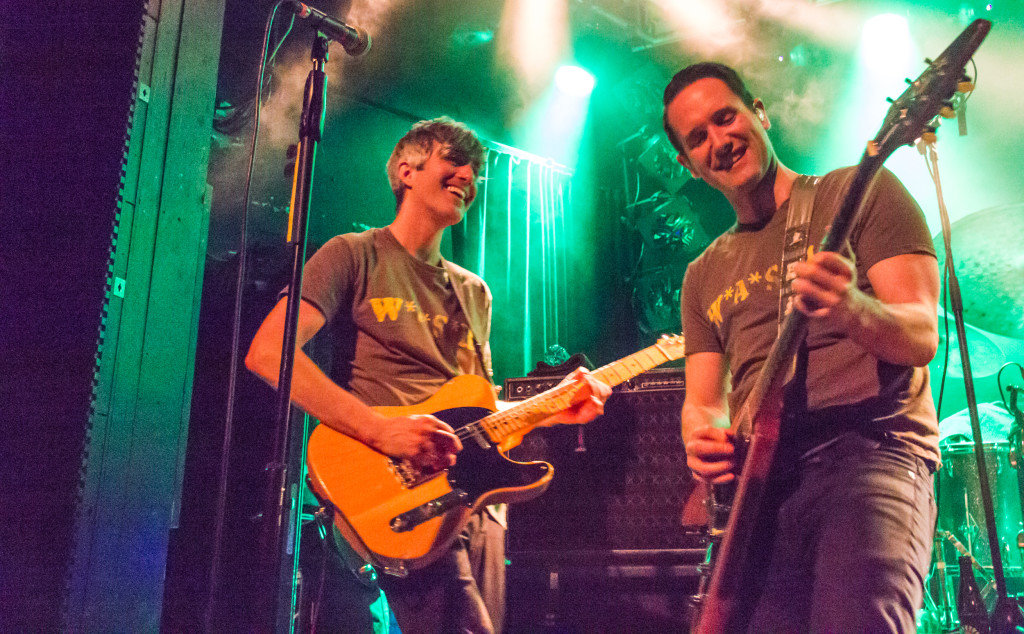 I: Do you travel all together?

Rick: It possibly makes you even a better person.

Keith: That’s true. I think it makes everyone having better behaviour.

Rick: No one wants appear to be a dick.

Keith: It’s a little harder to fall into routine.

Rick: It shakes off the old touring cycles. We are flipping around. Tonight Ash will open, last night We Are Scientists opened. It’s a lot busier and a lot quicker. We spend most of the day learning songs.

I: Ash is existing since 1992 and We Are Scientists since 2000. At that time you already played really big shows and Muse was your supporting act in that year. How do you feel about their success by now? Have you ever been jealous?

Rick: Uhm… I don’t know. I just like doing this and it doesn’t matter what sort of size it’s like. It would be nice to do that but I’m sure it could get pretty boring aswell.

I: So you think club shows are more interesting than the big stadium gigs?

Rick: Big shows tend to be more slick and produced.

Keith: I mean, it’s nice to play giant shows. But I definitely enjoy those shows much less.

I: You don’t have any plans to record songs or even an album together?

Keith: Well, we’ve actually recorded a song together (it was a cover of Washingon Parks for raising money for the Multiple Sclerosis Society).

Rick: The next step would be to write some stuff.

Keith: Yeah, that’s true. We haven’t written any songs on this tour yet. It would be funny if just on the last night we wrote a song – and it was terrible. If it was like: «Uuuhm… So see you guys in New York!» 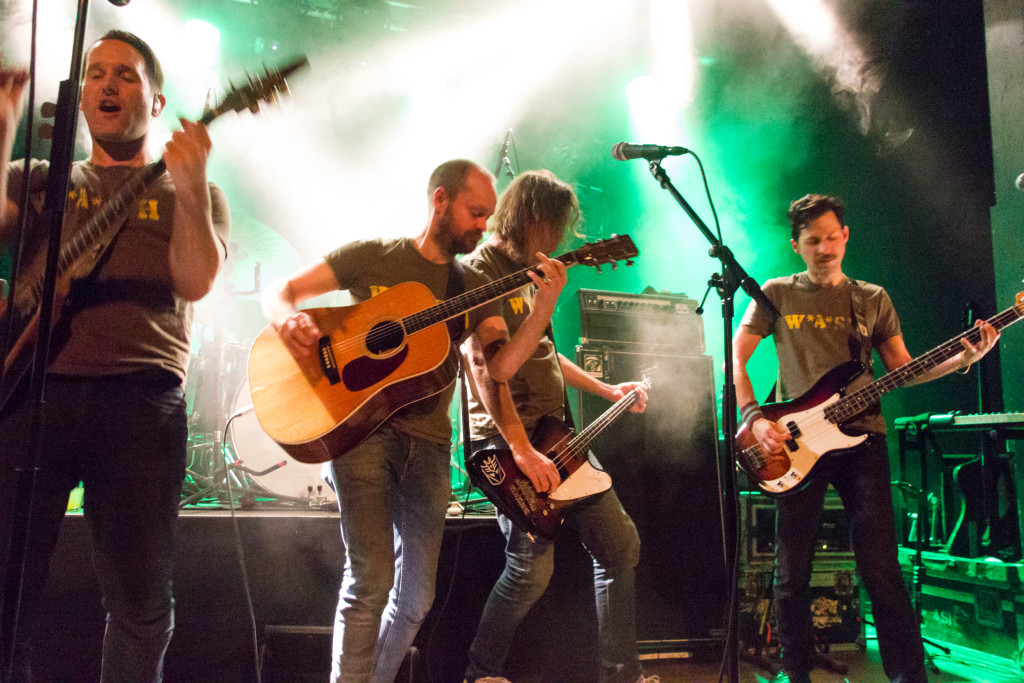 I: You released a stripped down version of some of your songs from «TV en Français» for this years Record Store Day. Maybe you could use this opportunity for that.

Keith: True. That might actually be a fun thing to do. To make a small release for the Record Store Day and not making a big deal. Just do it for fun.

Rick: And then plug the hell out of it.

I: Do you also have festival plans for next summer already?

Rick: I think we’re going to do a few the next summer, but nothing’s been announced yet.

Keith: But you did this year, like your album came out for this year’s summer.

I: What did change you mind to make an album again? In 2007 you said that you’ll never do an album again and released only singles during 2009/2010.

Rick: Well, I think we kind of predicted the death of the album like a little bit prematurely. Back in 2007 it seemed like album sales were just plummeting. Every week it got worse and worse. It felt like people aren’t buying music like this anymore. But then I guess the hipster scene has just revived vinyl.

Keith: To say it in a pragmatic way, the rest of the industry is unwilling to accept the idea that the record is dead. So I can imagine doing press for 24 singles or how many was it? That is way different than doing promotion for a record. We’ve put out EPs and stuff. And some of my favourite songs are on those EPs but it’s really hard to get press around an EP versus an album. Press doesn’t regard that as the same level of importance. Seems like the world isn’t ready for what Ash knew was the new world order of album sells.

Rick: Maybe in 50 years time will realise that we were onto something.

Keith: It is really funny. I feel like I buy a lot of vinyl but I still mostely listen to MP3s. But I love having vinyl. And I still buy them because I think: «Oh, I need that!» And then it goes into my vinyl collection. Only every once in a while, when I’m cooking or something, I’d be like: «It would be fun right now, to do that.»

I: You guys from Ash are serious Star Wars fans. Keith, do you also have a favourite movie series?

Keith: Pretty much anything with incredible gore is okay by We Are Scientists.

I: So, you’re more hardcore than Ash?

Keith: I wouldn’t say that.

Rick: Usually, if they’re having a good day and have a little party it always ends up with an X-Box in the back lounge.

Keith: That’s true. I think the thing is, that maybe Ash, they’ve been doing it longer and now they are more mature. You know the world, we’re more easily scared. I think you have been to a Final Destination showing and thought: «This is a bit childish.» And we’re screaming and hiding our eyes. It still works on us.