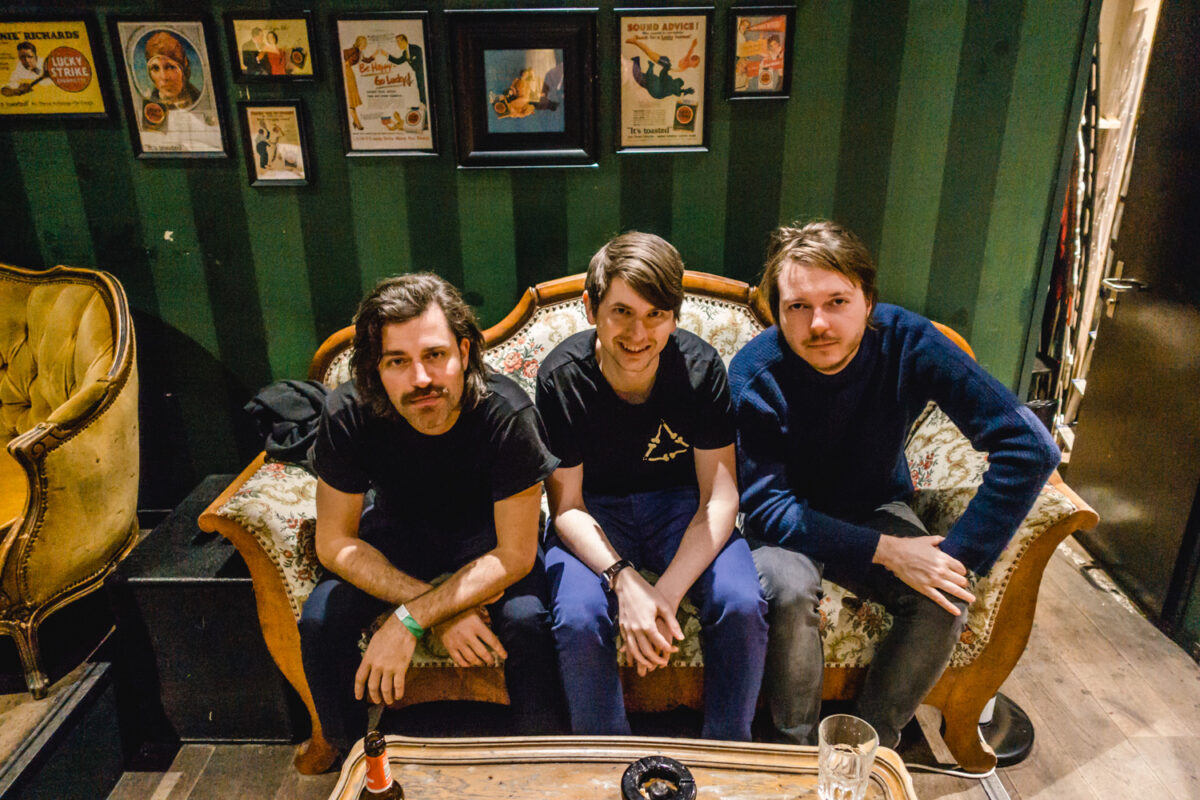 Balthazar are a band since fifteen years. Last year their founding member Patricia Vanneste left the band. By the end of January the Belgian five-piece released their fourth record called «Fever». With Tijs Delbeke the Band around singers Maarten Devoldere and Jinte Deprez found the perfect addition. After years of solo projects with «Warhaus», «J. Bernardt» and «Zimmerman» the guys are back on the road again. Before their sold out show at the Plaza Klub in Zurich, Jinte and Simon sat down to talk about changes and the influence of the solo projects.

Indiespect: You started your weekend yesterday in Lausanne. How did the Friday night at «Les Docks» feel?

Simon Casier: Oh, it was a really fun show. For me, it was actually the show which was the most fun of the tour.

Indiespect: Because of the people or because of you as a band?

Simon: Because of me, yes (laughs). I actually mean it. For me personally, it was a really nice show, yesterday. The crowd was great as well. Everybody was great.

Jinte Deprez: It was cool. But I had no idea it was weekend yesterday or today.

Jinte: Everyday is a Saturday evening.

Indiespect: But you might feel the difference in the audience, maybe.

Jinte: I think it’s our job to make sure that everybody feels like it’s a Saturday evening. 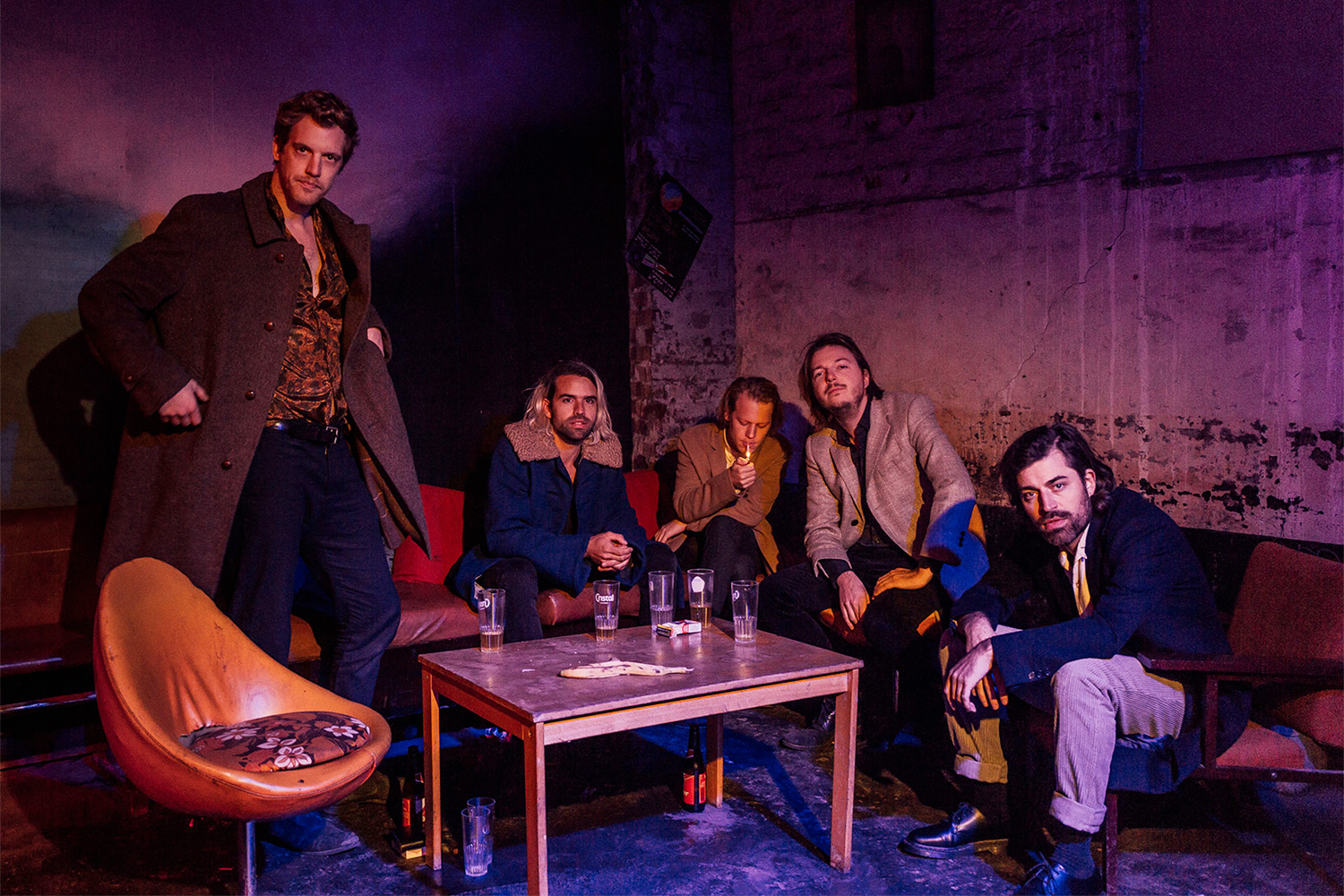 Indiespect: Since Patricia left, you are a band without any woman. Does that have an influence on you?

Jinte: Yes, we started growing our hair and we produce way more oestrogen. We became more of a gentle band. (laughs)

Jinte: Yeah. There’s less testosterone, actually. We have to compensate it, you know? But it did change anyway. We’re older and we have a new album. Also live it feels completely different. It’s like Balthazar 4.0. It’s true, it has some influence but we try not to think about that. When we were looking for somebody to make the band complete again, we were just looking for a nice person who could play instruments. That’s it.

Indiespect: How did you finally find Tijs Delbeke? Did you know him before?

Simon: He played with Maarten, with Warhaus. He plays violin, trombone, guitar and basically anything. So, he was the right person. He’s a nice person and he plays everything.

Jinte: And he wanted to tour non stop.

Jinte: Like we do, yes. That’s why Patricia didn’t want to do it anymore. Because it takes over your life. 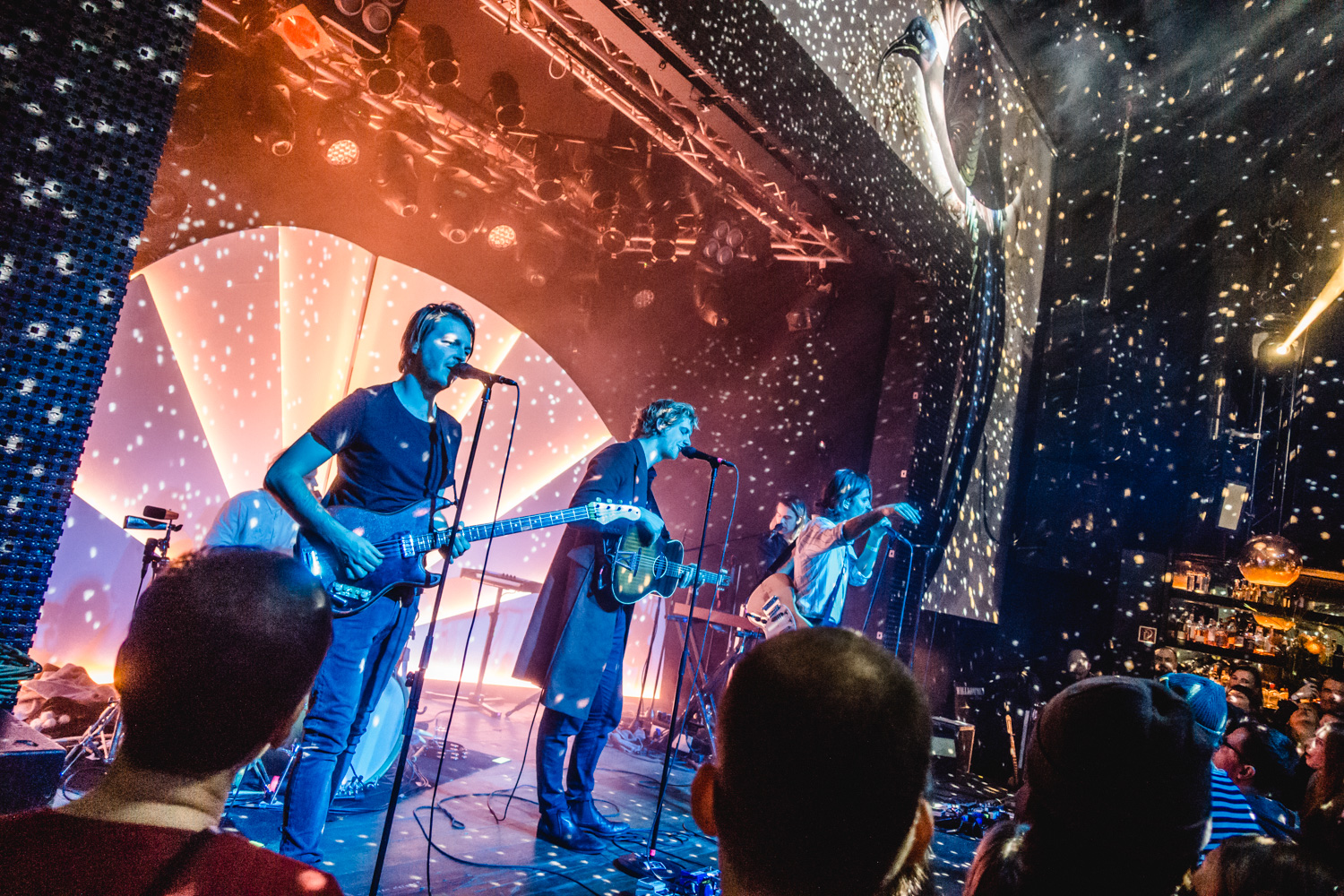 The all-men line-up of Balthazar during der sold out performance in Zurich.

Indiespect: Your support act is Jasper Maekelberg with Faces on TV. He is not only your support but also the producer of your latest record and he worked on your solo projects as well. What kind of influence does he have on your music?

Simon: He produced and mixed the album.

Jinte: It’s not influence, I think. We were trying to find somebody really close to us. Afterwards now we are going to work with him for more albums. He’s going to be our house producer like Nigel Godard is for Radiohead or like The Beatles worked with George Martin. You know each other so well, that there’s mutual trust and very direct communication. We have kind of the same taste and have been the same generation in Belgium. Maarten, me and the band, we all knew what we wanted. But he is the perfect guy to get it out of us and to make it sound really good on the album. We’re a bit lazy technical wise. And he is a gear nerd.

He’s going to be our house producer like Nigel Godard is for Radiohead or like The Beatles worked with George MartinJinte Deprez, Balthazar

Indiespect: You mean, you became lazy? Because you produced the first two records by yourself. So you know how to do it.

Indiespect: There are some African vibes on your new record. That fits to the cover artwork of «Fever» with the African wild dogs on it. What came first? The vibes or the dogs?

Simon: We chose the cover during recording.

Jinte: During writing, actually. The African vibes come from something we picked up in the solo projects. The rhythmic stuff, the groove and the funk. It has soul, R&B but also the African tribal drums. It’s like an evolution we did with Balthazar and the solo projects. That came back together here in Fever. It was from the beginning quite obvious that we wanted to use that influence. We came back together as a band and had that collective energy and this more extrovert vibe. So, first was the vibe and then the picture. We could explain the picture then. 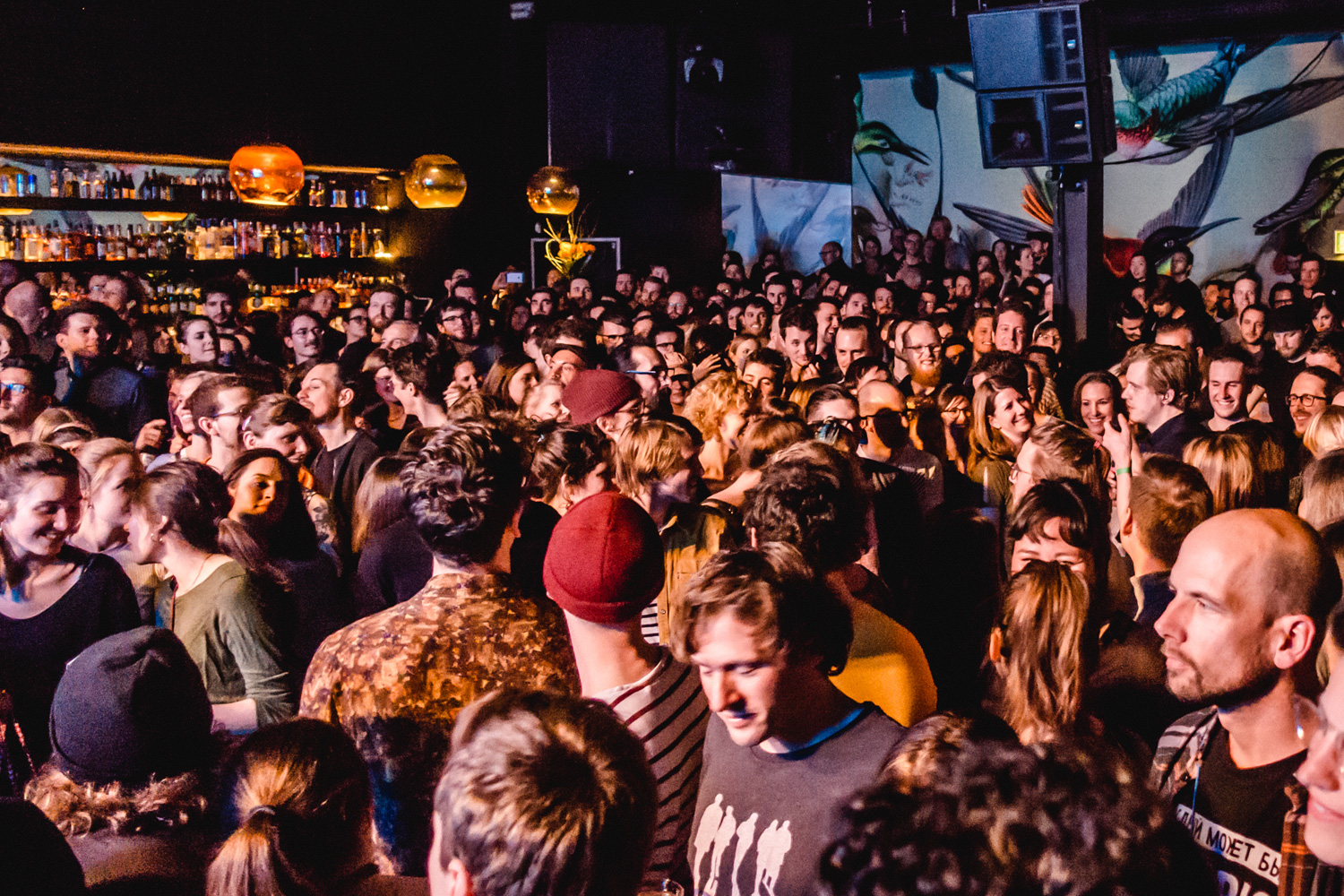 Maarten Devoldere takes a bath in the crowd.

Indiespect: Obviously, the African wild dogs are really cute on the picture…

Indiespect: Did you study them before you chose to use them as your cover image?

Jinte: Of course. We started to learn how they work as a wolf pack. We thought: Oh perfect, we’re a band together. So it makes sense.

Jinte: Also a thing was that we have so many photographer friends with all their artistic pictures, they are great. Then we were looking at their pictures and said: no, let’s take a National Geographic picture. They felt it was funny as well. (laughs) It wasn’t the most felt through thing. It just fitted, just like the album title. It’s not that we were working on the album title for five weeks nonstop. It was right to take that title and it was right to take that cover. And it looks nice. 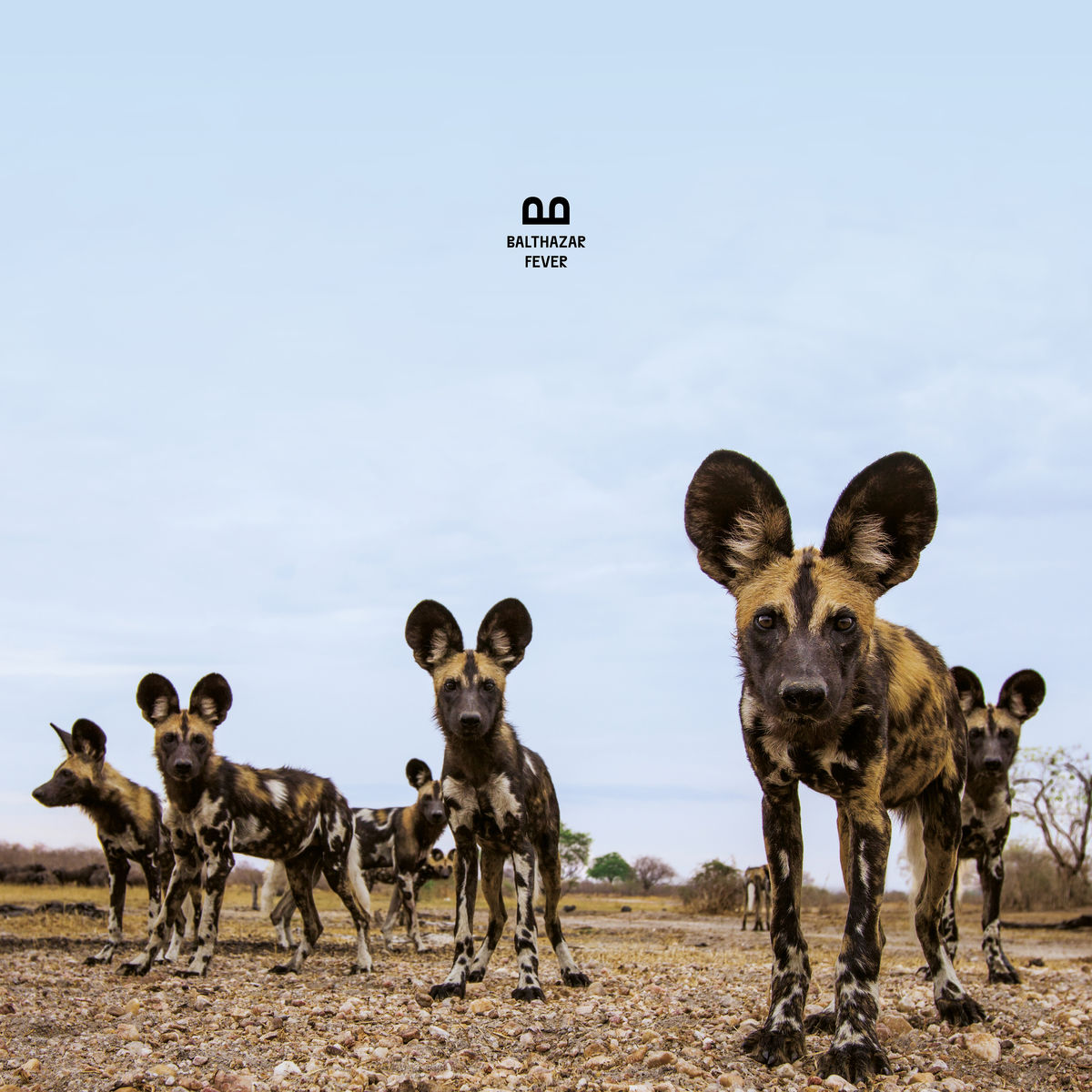 «Fever» is the fourth and current record of Balthazar. The band found The African wild dogs in an issue of National Geographic.

Indiespect: In your band it’s you and Maarten who write the lyrics. Because you listened to each others solo projects, I wondered, if there’s a song of Warhaus that you would have loved to be a Balthazar song so that you could play it together?

Jinte: I think there are some songs which could be used in Balthazar. But there’s a reason why we did the solo projects. There’s a reason why these songs made it to the solo project albums. The big difference between making a song for Balthazar and for the solo projects is that for me personally I do it very DIY at home. Nobody came in or shared their ideas. I know what I want, I get there and that’s the result. Where if it’s for Balthazar, you just have an idea and throw it into the pool of so many opinions and end up somewhere totally different. I think it’s very interesting to feel the difference in the process. It’s clear that there’s a relation between the way our solo projects sound and Balthazar. Because it’s the same songwriters and the same taste. We could probably translate every solo song into a Balthazar song and every Balthazar song into a solo song. But we made some solo albums and now we’re making Balthazar. It’s that simple.

Indiespect: When you write songs, do you always sing the parts that you’ve written by yourself or do you sometimes realize that it would fit better to the other one?

Jinte: When you sing something it feels the most honest, to sing your own words. Otherwise you’re like an actor. We did it before but we swapped it again. But it’s true, musically, we don’t know who did what. Somebody starts with something and it ends up like a joint effort. But that’s something different, I think.

Slow motion in the new video to the song «Wrong Vibration»

Indiespect: I only asked that because Maarten once said, that when you started creating your new record, his input was more like J. Bernardt and yours was somehow more like his solo project Warhaus.

Jinte: It’s not that the solo projects were the truth about ourselves. It’s not that I only write J. Bernardt-esque songs. For example the Wrong Faces song on this album is very Warhausie – and I wrote it. And he came up with Grapefruit, a very electronic song. I was like: what do you wanna do, man? I think we got tired of writing that kind of music. I was longing to make bass guitar songs again and use acoustic drums. He was longing to do something else than he did with Warhaus. In a way the solo projects are Balthazar going a bit more extreme.

Indiespect: Did it take a while to find back together as a band, after all this time?

Indiespect: But you weren’t with him during the J. Bernardt concerts?

Jinte: He had his own solo project called Zimmerman.

Simon: And I played a couple of times with Warhaus when the other bass player couldn’t make it. But actually, we started working on the album in December 2017. Creating it was one big blur between all the projects. It’s not like we quit and got back together.

Jinte: We never didn’t see each other. We weren’t in the same band for a while but we still have the same social connections. On tour we even saw each other quite often. We played the same festivals and the same clubs. So, we crossed paths. We thought: let’s do something else. We did it and we’re very proud of one another. Then we were like: let’s make an album together, again. It wasn’t a big effort or something. We were just like: you have some time? Okay, next week? When? 10 o’clock? I’ll be there at 11. 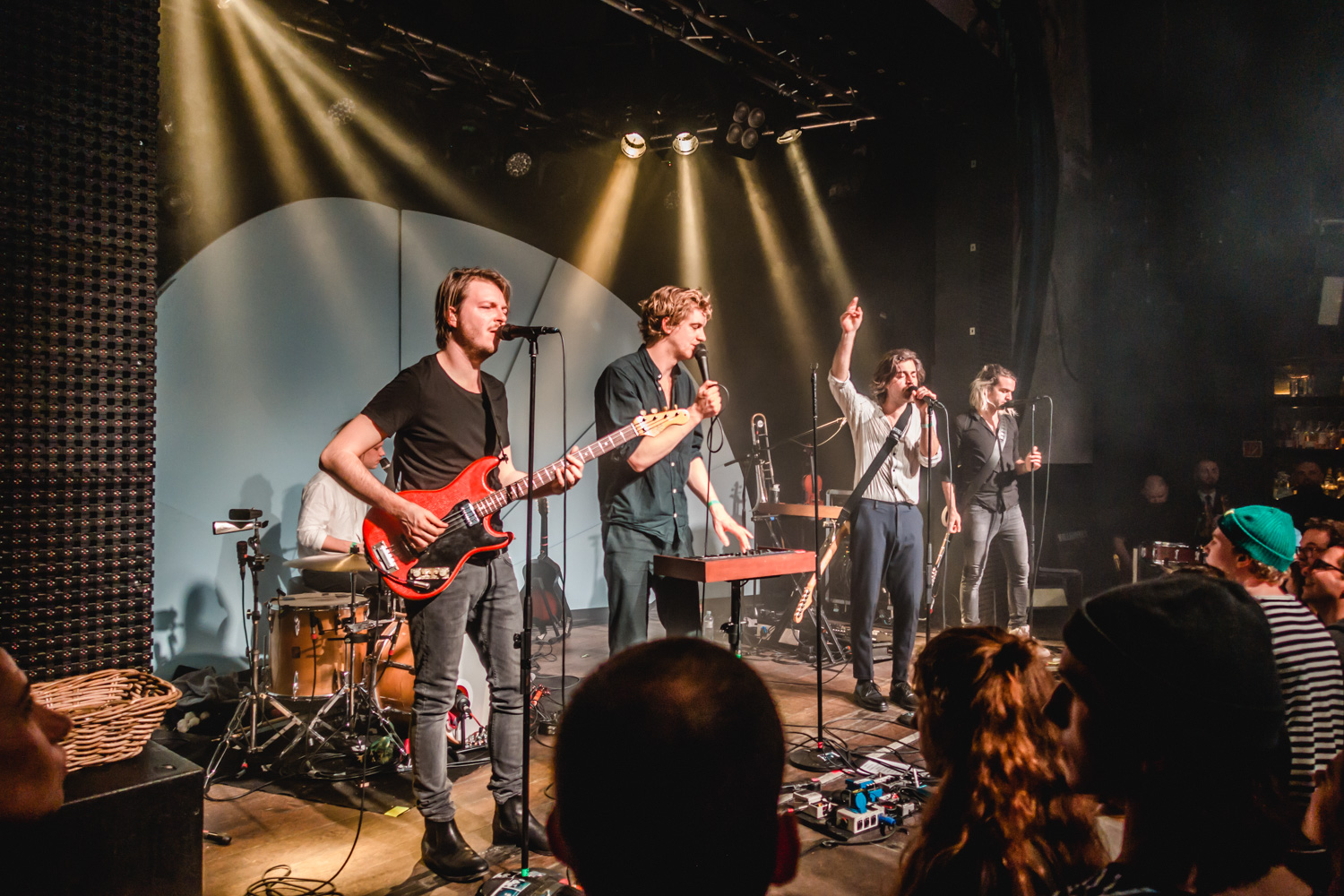 Balthazar was founded fifteen years ago.

Indiespect: Maarten said that he was happy that you liked each others stuff because otherwise you would have thought that you don’t want to make another album together.

Jinte: Of course. If I didn’t like Warhaus, no way are we going to make an album with him – loser. (laughs) We’re in a band together for so long now. I think that there’s an obvious reason for that. But maybe we thought it was too obvious. During our solo projects we rediscovered the fact that we’re just big fans of each others talent. That’s the reason why we’re in a band together. Oh, so corny.

Indiespect: How does it feel for you to play bigger shows again than you did during your solo projects?

Jinte: It’s a little bit bigger, that’s the funny thing. Compared to the last tour, we did smaller venues than we’re doing now. It was like that the solo projects were a two year promotion for this campaign. The audience is a little bit younger. The solo projects maybe had a younger audience and it all comes together now. It feels really good. A bunch of people who didn’t know Balthazar discovered us through our solo projects. You never know. We thought we’re going to ruin our careers. In the end it was a good decision.

During our solo projects we rediscovered the fact that we’re just big fans of each others talent.Jinte Deprez, Balthazar

Indiespect: Tomorrow you have a day off. What are you up to?

Indiespect: Before you leave, are you going to have a party night, today?

Simon: So it was yesterday and the days before. (laughs)

Jinte: A bunch of us is a bit sick, as you can hear. So, we’re gonna maybe find a doctor tomorrow. (laughs)

Jinte: Let’s first see how medication and alcohol works on us, tonight.

Indiespect: Thank you very much for your time!

Jinte and Simon: Thank you, no problem!