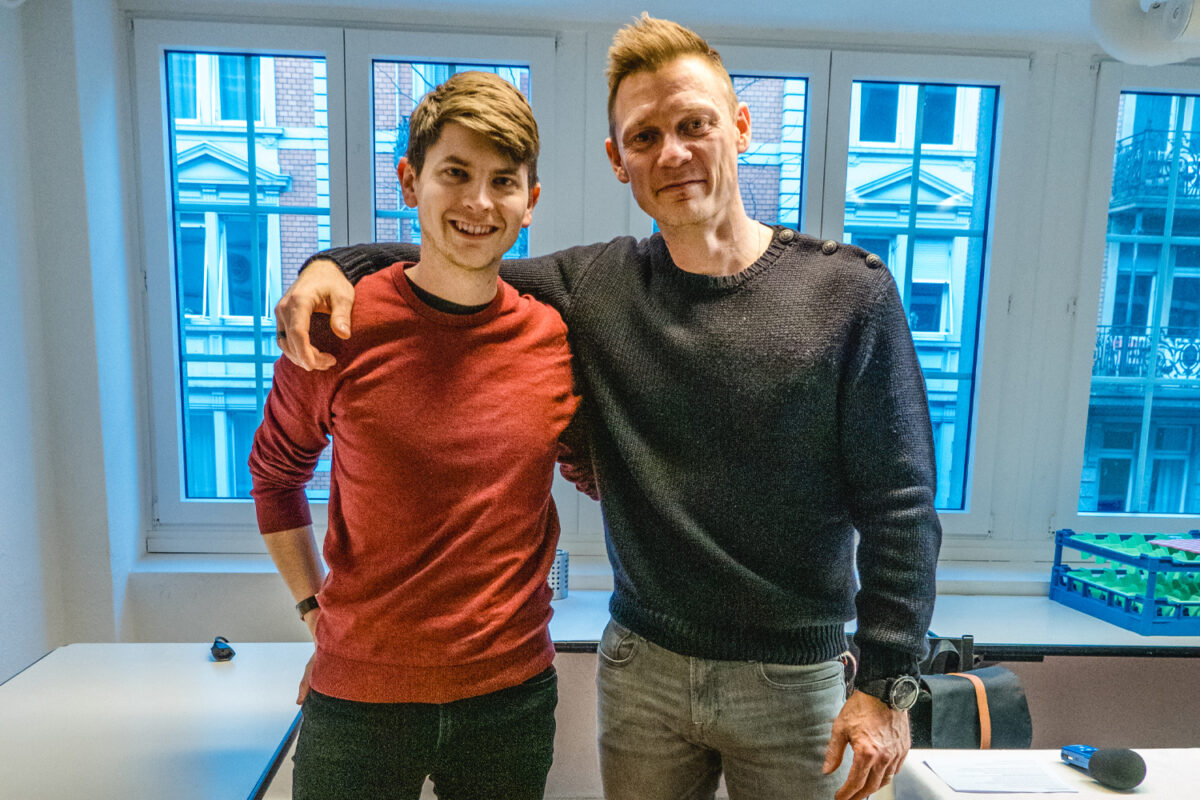 Stereophonics have released their eleventh record called «Kind» in October 2019. It's the seventh number one record in the UK for the Welsh band. They started out as a three-piece in 1992 and have lived through a lot of ups and downs since that time. Before the sold out concert at the Volkshaus in Zurich, bass player and founding member Richard Jones was kind enough to talk about the things that made the Stereophonics what they are and how important it was to be friends before having a band.

Indiespect: Congratulations to your latest success with «Kind». It’s your seventh number one record in the UK. Do chart rankings still mean something to you?

Richard Jones: We kind of want to think that it doesn’t mean much to us. But every time it happens it still really makes us proud. That something we produced has meant so much to people, that they went out and bought it. You don’t really think about it when you are recording or when you’re making an album. It’s only in the week of release when you start going: oh, could it be possible..?

Indiespect: «Kind» is an intimate record. I heard that you recorded it almost live in the studio.

Indiespect: What influence did that have on the sound of the record?

Richard: When you try to capture a performance rather than perfection, it’s kind of an unspoken thing. There’s five people in the room, all playing with each other. Nobody knows what the next step is gonna be because you haven’t rehearsed it that much. We were all following Kellys melodies and lyrics. 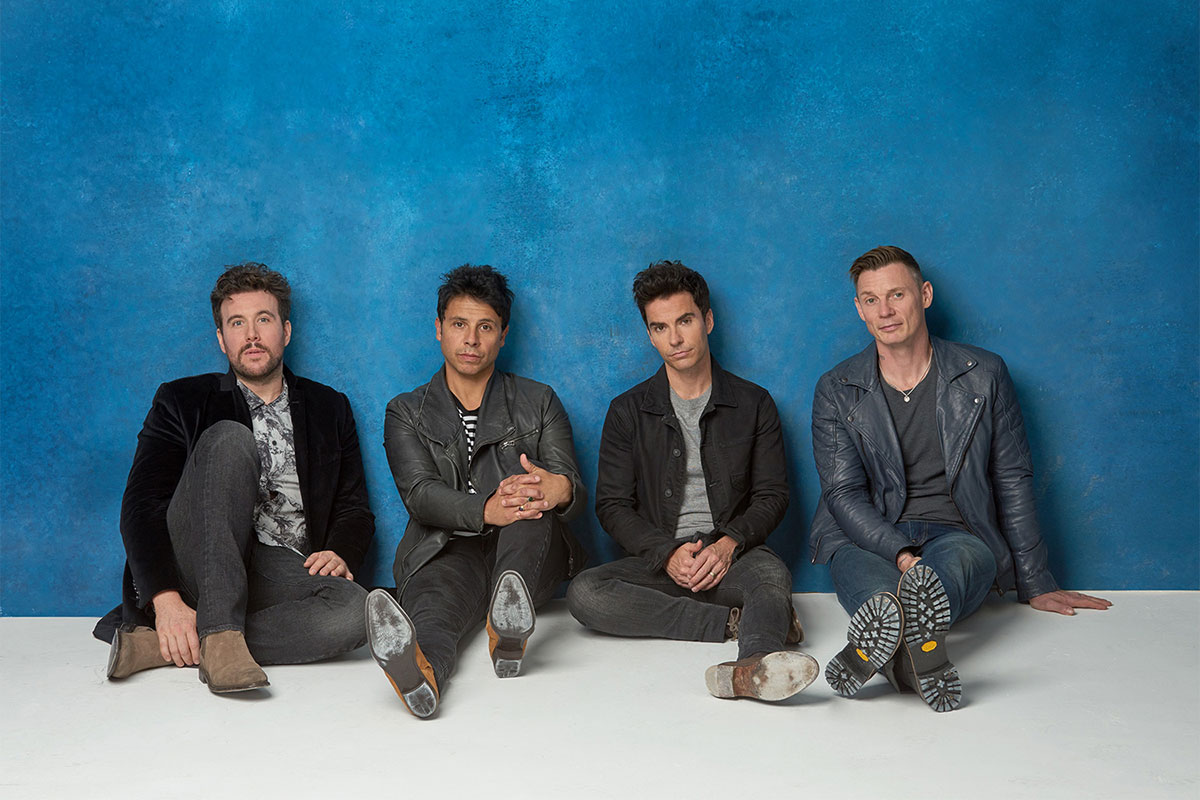 Indiespect: So, it’s almost a bit like a jam, still?

Richard: We knew the songs. Personally, on this album, I didn’t want to overplay the songs before we went to the studio. I made a point on not playing, not working out things. I just wanted to go in there and be spontaneous. I think, we all kind of done that. When we were in, we would start doing the song, hit record, go and have a listen. If we liked it we’d keep it. It was usually two or three takes for each song. We knew when we captured what we needed.

Indiespect: When you weren’t happy with it, did you redo it all together again? Not separately?

Richard: Yeah. Sometimes, if Kelly is playing guitar and singing you get a bit of mix from the guitar going into the vocal mics. Then we had to separate some things. But, pretty much everything was live takes from the five of us in the room. Then we’d figured out if we need overdubs or something. On some songs we brought a couple of our friends to sing backing vocals, clapping or other things. We didn’t overthink it. We wanted to see what works and keep it that way. 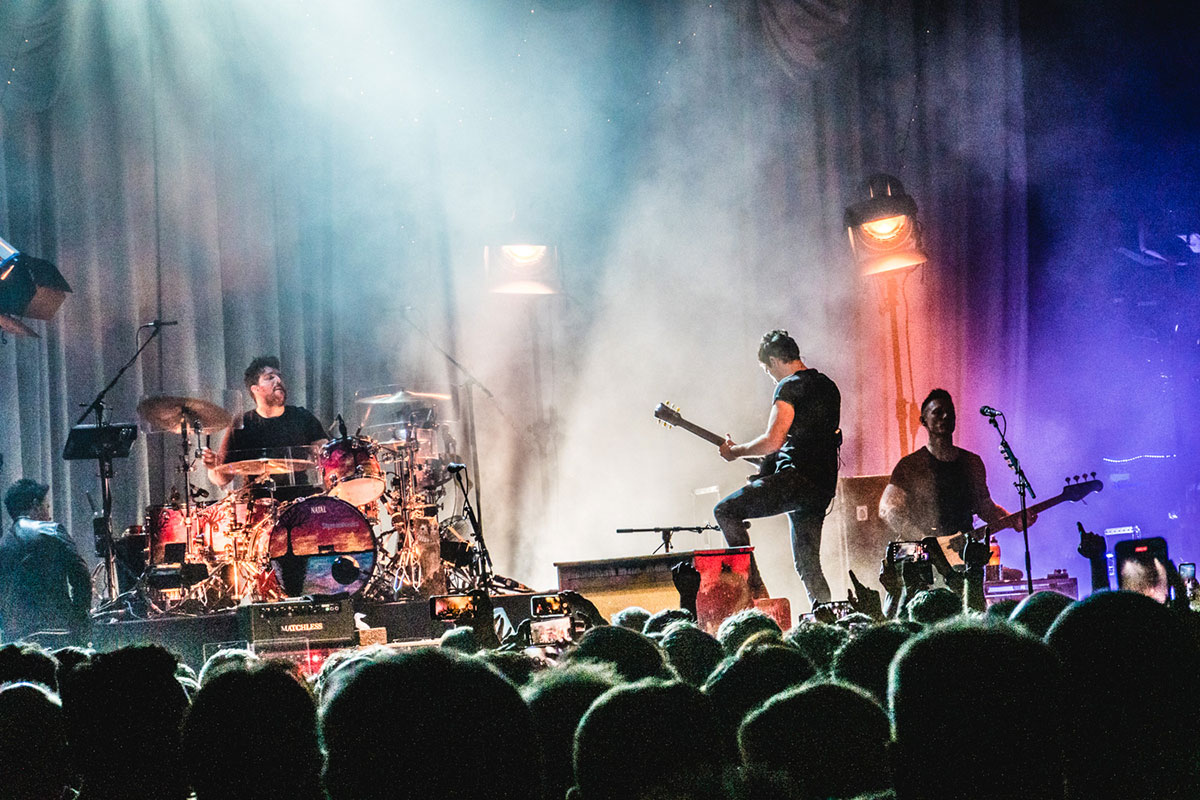 Stereophonics during their sold out concert at the Volkshaus in Zurich.

Indiespect: Kellys lyrics are very personal. Was there a song where you were shocked at first when you heard what’s on his mind?

Richard: It’s not so much knowing what is going on. He can relay what goes on in his life through a story format. He takes you on a journey with different things. There’s lots of times where we are listening to Kelly sing and the story really hits you. It means so much to everybody what he is singing. I think, that’s the beauty of being a songwriter. If you make a connection with somebody with something that has affected you, it has obviously affected other people as well.

Indiespect: For you it must be even more special because you know each other since you were children. You still seem to be friends that talk a lot to each other. So, you maybe know a story before he writes them down in a song.

Richard: Sometimes, the stories are adapted. He puts something extra in there, so that it makes sense. He might have just a tiny story form his personal point. To paint the picture he needs to add things to it. There’s one track on the album, and that is… he’s talking about a friend of ours. When I hear the song, a lot of emotions come to the front.

Old friends, they grow old
Some don't make it at all
Those times, they were just gold

Indiespect: You mean «This Life Ain't Easy (But It's The One That We All Got)», which starts with the line: Old friends, they grow old. Some don't make it at all?

Richard: Yeah, that’s it. I’m terrible with song titles. I got so many songs going on in my head. To pick the names I have to hear a melody or a piece of lyric. When that song was being recorded I knew every single line that he was talking about.

Indiespect: You had the same emotions?

Richard: Same emotions because we’ve grown up together. We’ve been on tour together, we’ve met the same people. All these stories happened to myself as well as Kelly. He writes in such a way that you can make a connection. Even if you don’t know who the story is about, you’ll have a connection with that song because you know somebody you have that relationship with.

Indiespect: Like you said, it’s hard to remember all the names of your songs. You have eleven records out and there are many Live DVDs and documentaries around. If someone wants to start to listen to Stereophonics now and doesn’t know you, what would you recommend to have a starting point?

Richard: I think, if they haven’t seen the band live, the best representation of who we are now would probably be either the new album or the album Graffiti on the Train. 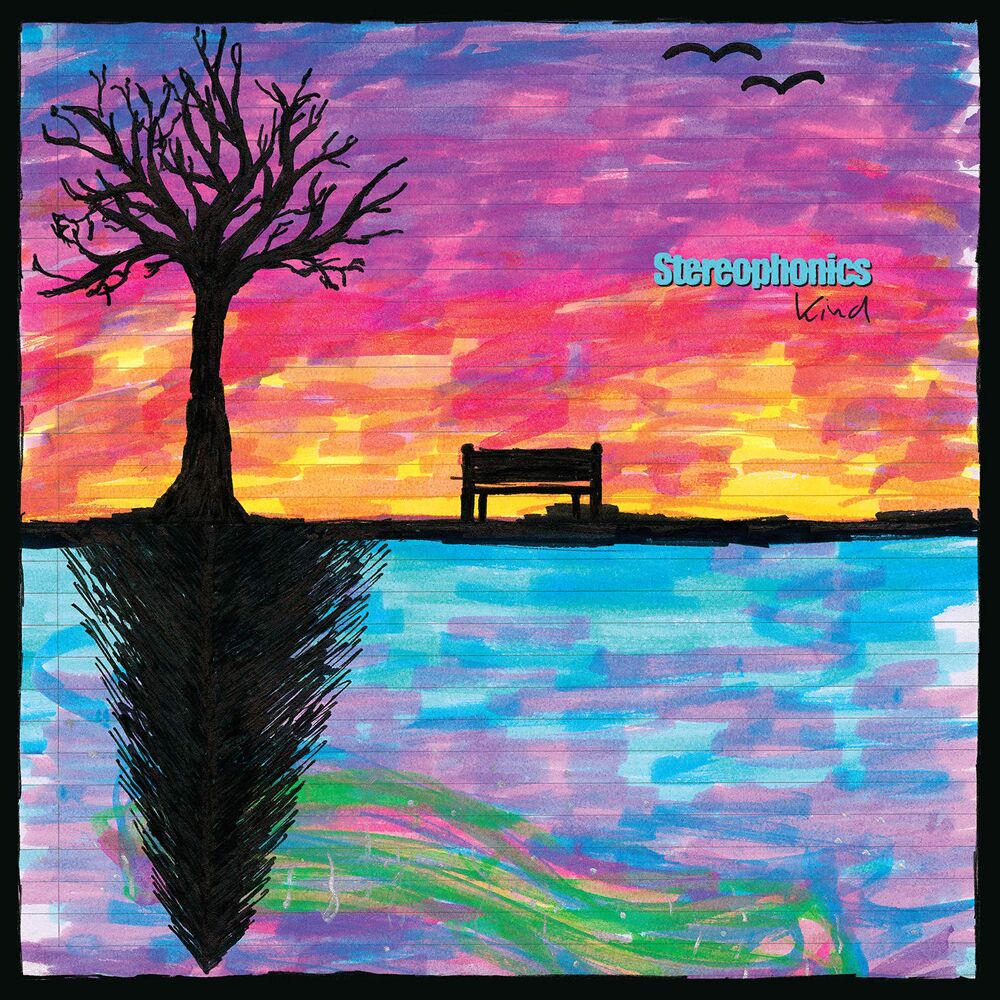 «Kind» is the seventh number one record for Stereophonics in the UK. The cover was drawn by Kelly Jones' daughter Bootsy.

Indiespect: Why do you think especially those two?

Richard: The way we perform at the minute. The way we are with our attitudes. We’re in a really comfortable place. We’re enjoying what we do. We’re just confident that what we are doing that satisfies us therefore other people will hopefully get some satisfaction from it as well. But there is no substitute for actually seeing the band perform, I think. Because, we can put so many different versions of ourselves on stage. With our eleven albums you can’t just say that one of them is the representation of who we are. When you come to see us live, we can show people the journey we’ve been on.

We can put so many different versions of ourselves on stage. With our eleven albums you can’t just say that one of them is the representation of who we are. 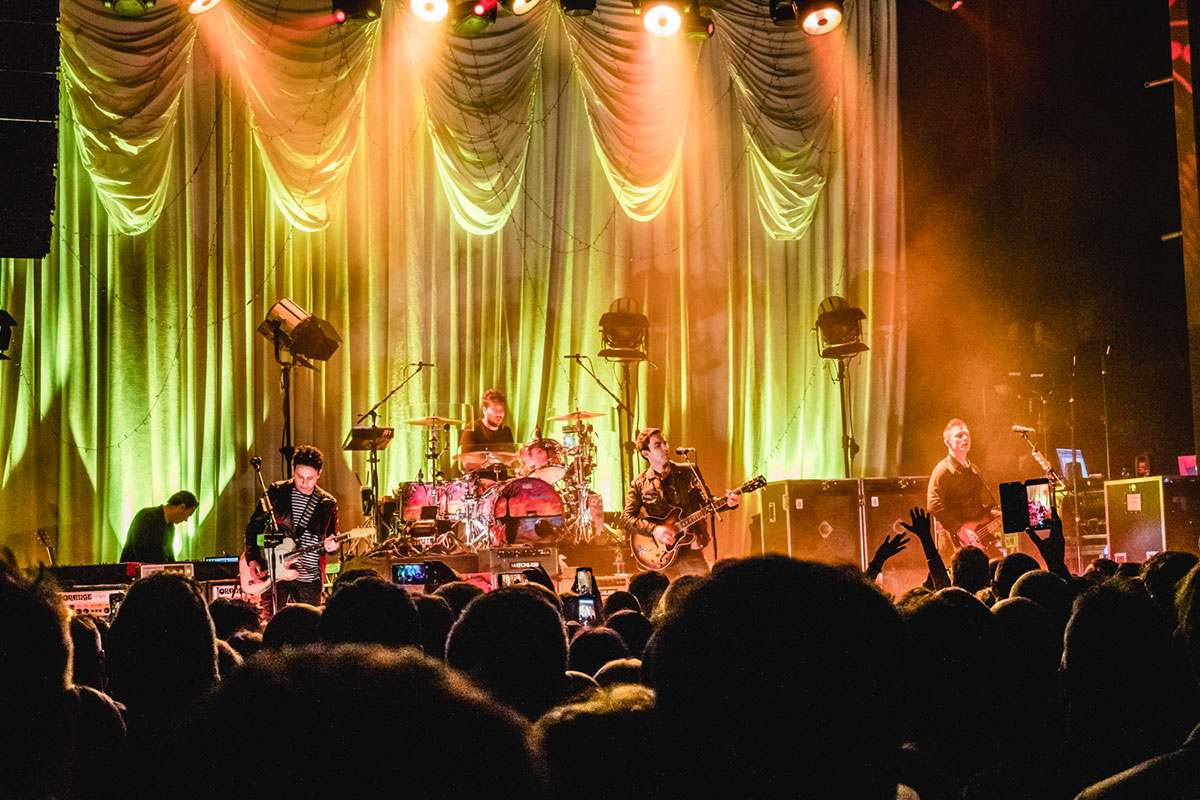 Stereophonics show all the different versions of themselves on stage.

Indiespect: I was also thinking about the journey, not only the music. There are so many things that happened to you as a band and you grew up almost door to door. You’re a big band and I can imagine that it can sometimes be hard to keep the friendship going at that level of success.

Richard: The best thing about the band and our friendship is, that we were friends before we had the band. Therefore, when it comes to playing music and showing people what we wanna do, we know it would work. We have the same taste in music, the same goals. The Stereophonics is not about Richard Jones or Kelly Jones, it’s about the Stereophonics. All I’ve ever wanted, is to do the best for the band and for the band to be the best version of itself. That’s kind of what we’re trying to do all the time.

The best thing about the band and our friendship is, that we were friends before we had the band.

Indiespect: You started out as a three-piece. You once told, that you had to do a lot of filling in in the beginning because it was only three people in the band. How did that change since you are now four people in the band and even more on stage?

Richard: Yes. We change our techniques on every album. I try to find something new that I can do. Some of my favorite bass players are really technical and they’re doing lots and lots of different things. I know, that won’t fit in with our music but I can incorporate different bits of those players on different songs. And we’re always having a varied taste in music. We like country music, punk music, rock music, heavy metal music, soul music. Liking all those different types of music, you try to figure out the best pieces of those different bits for the song you’re performing – either in the studio or live. 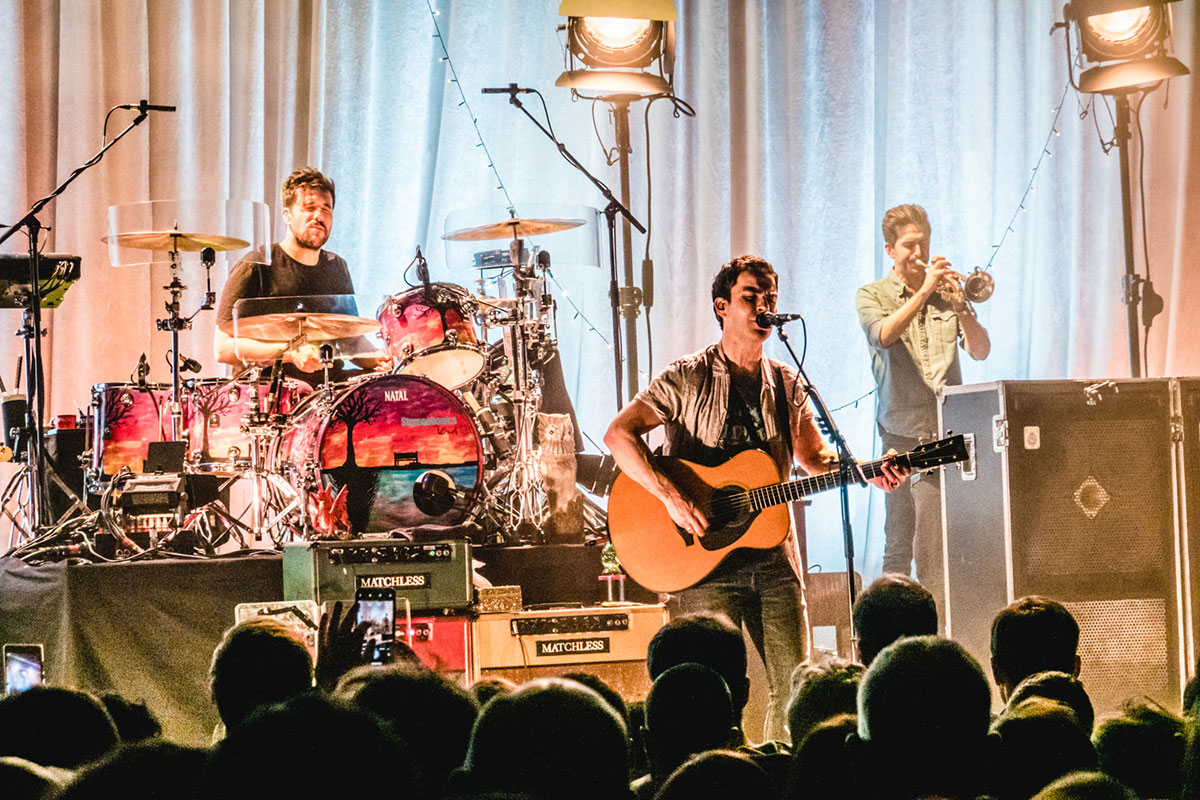 Kelly Jones is the storyteller of Stereophonics.

Indiespect: The new record has a vibe of American country music to it. What's the reason why you sound so different to English bands even if Wales is geographically closer to this country than to the US?

Richard: I think, that has also to do with the music we used to listen to and still listen to now. Pretty much all of our favorite bands when we were growing up were American based music. When we were teenagers, the grunge music scene was very popular. Our favorite bands then were people like Pearl Jam, Soundgarden, Nirvana or Black Crowes, you know. They were a big influence on our band. And a big band from Canada called The Tragically Hip was a big influence as well. Also we like older bands like the Eagles, Neil Young, Bob Dylan. All those influences roll up into a big ball. And I’m a massive Johnny Cash fan. His last albums he recorded with Rick Rubin have been a big influence on the past ten years for me. Tom Petty as well. (laughs)

Indiespect: I see. I’m getting a bigger picture of your band now. Thank you very much for your time.