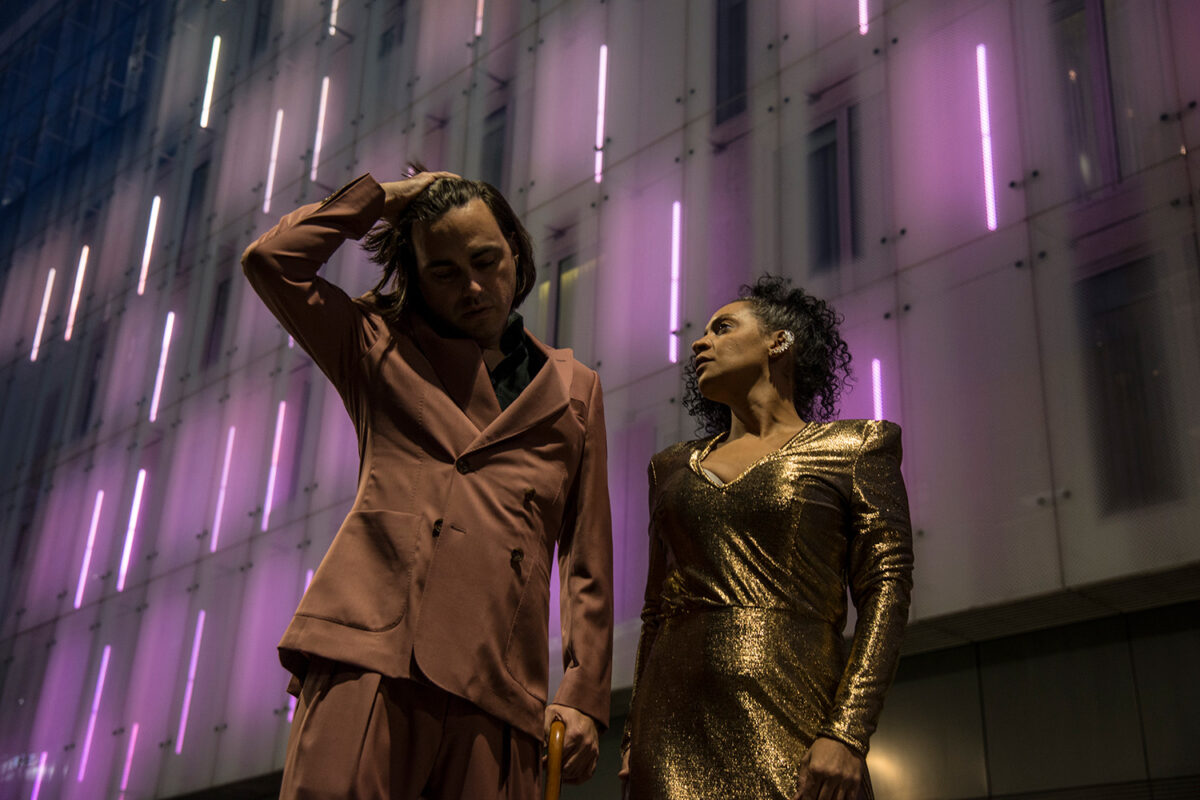 OffWorld is not just an average new band. The line-up is built up around Hard-Fi leader Richard Archer and the Olivier Award nominated singer Krysten Cummings. But also the other musicians have worked with big names in the business and are masters of their craft. OffWorld is a mixture of many genres like Funk, Jazz, Gospel and Rock. Last week the band released its first EP called «Burnt Out Star». Rich Archer was kind enough to reveal how the band came together, what he was up to in the last few years and what's going on with Hard-Fi.

Offworld: A fusion of great musicians

The band which is based in West London and Philadelphia shows up on the radar during the Covid-19 lockdown. Rich Archer and Krysten Cummings are playing a live stream concert to support the legendary Royal Albert Hall in London which is also closed during this time. For a lot of Hard-Fi fans that might be the first time they see their beloved singer in action again. But OffWorld didn't just start. It took a long way until the first tracks could be released.

OffWorld started when Hard-Fi weren't doing anything at the time. I had my studio still and wrote some songs on the piano that didn't really feel like Hard-Fi tracks. They were actually quite «gospelly». I knew that I wanted to do something with Krysten Cummings. She is a good friend of mine and I really loved the way she sang. She was also good fun to be around.

Because Cummings lives in America while Archer is based in the UK it wasn't that easy to come together. So, the band started to build up with gathering other musicians. All of them have a huge amount of experience. Archer recalls what each member was doing before joining OffWorld:

I knew Smiley because he came from the same town as I did, from around Staines which is just in the west of London. I’d seen him on TV when I was younger, on Top Of The Pops. He played drums for Robbie Williams at one of his first gigs. But before that I’d seen him in a pub playing for a covers band called Intimate Strangers. They were really good. Smiley also played with Joe Strummer (founding member of The Clash) and loads of other people.

Wolsey plays guitar in OffWorld. He produced with me Stars of CCTV – the first Hard-Fi album and also the next record Once Upon A Time In The West. He also did have a lot to do with the third album Killer Sounds. We’ve been friends since then.

Smiley said that we should check out Dale Davis. He has played bass with Amy Winehouse, he’s incredible. So, Dale came down. As each new person came on board, the style slightly changed because they brought different things. Dale played completely different to what I imagined first. The music evolved and developed. At this point Krysten wasn’t there, she was actually in America. We were just getting the instrumentals together. These guys are very busy, get hold of them was hard. It would take a couple of months to get one in the room. It happened over five years, really. 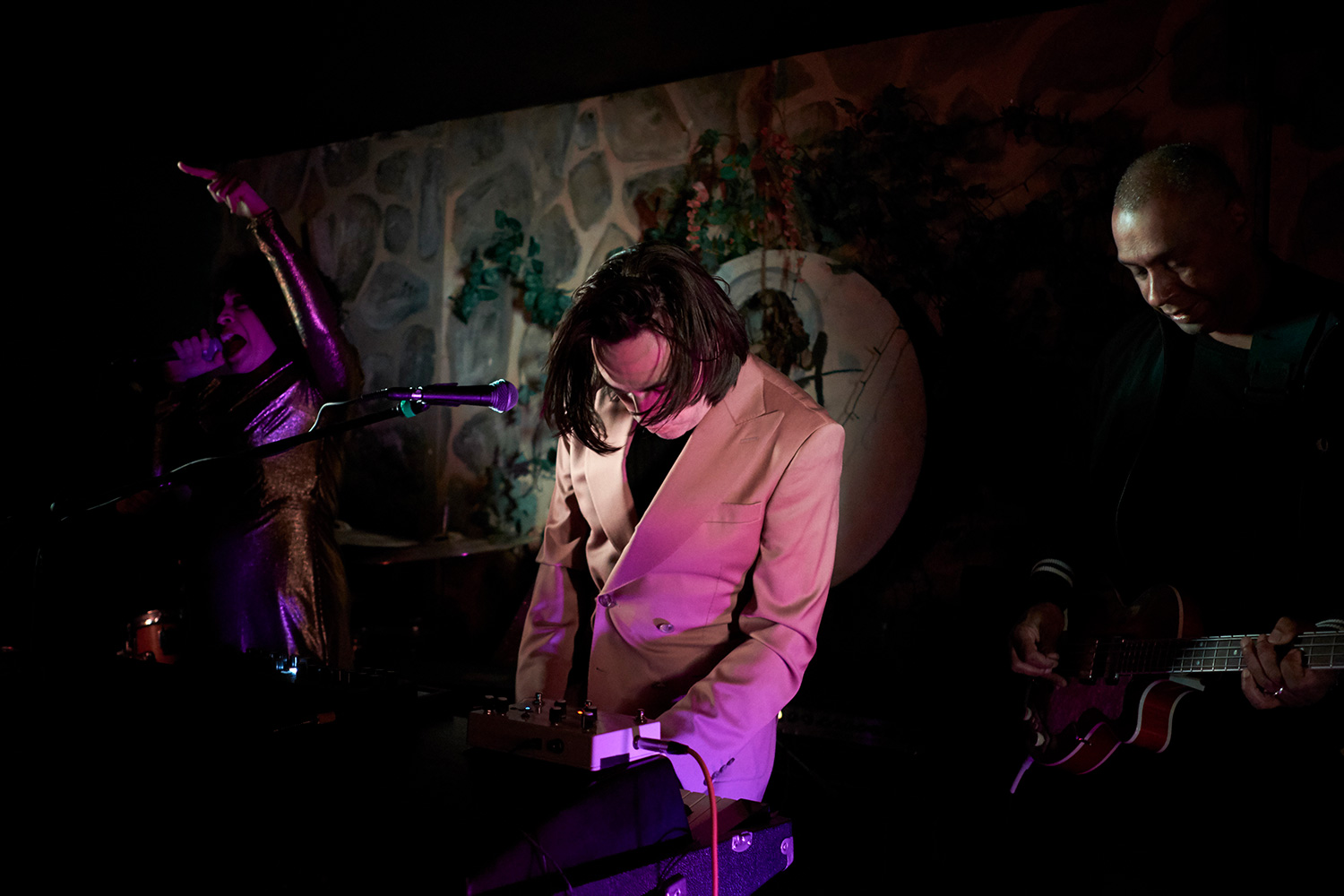 OffWorld during a live show in London.

Rich Archer: The time between Hard-Fi and OffWorld

In 2014, Hard-Fi released Hard-Fi: Best of 2004 – 2014. This collection was the last thing the band which was nominated for the Mercury Prize and two BRIT Awards released up to now. In the meantime Archer started to do some writing and producing with other artists. Since music fans often don't get aware of that, here's a short list of projects that Archer was involved since back then:

co-writer of Teardrops on the Dark Matters album

co-writer of single Revolution on his debut album Scum

co-writer and producer of singles Kerosene and Wise Up

co-writer and featured artist on single Think About It

Richard Archer is more than just the singer of Hard-Fi.

What's going on with Hard-Fi?

Is Hard-Fi history or are they still going on? With songs like Hard To Beat, Stars of CCTV, Good For Nothing and many more Hard-Fi have gained a big fanbase since 2004. They even made a record by selling-out the Brixton Academy on five nights in a row with their debut record. After the third record Killer Sounds and the mentioned best-of record it became quiet around the band from Staines. Whether was there a message of break-up nor an announcement if there was something new coming up. Rich Archer is really optimistic about the fact that there will be new music from Hard-Fi.

I feel Hard-Fi is unfinished business. The guys are still in touch and friends. I kind of thought that after we got the OffWorld record out and hopefully played some shows. When that runs its course we’d do a new Hard-Fi record. Besides of playing the old stuff again we’d want to do some new material. That’s what it’s all about, creating new things.

So, there are many things to look forward to. OffWorld will release a full-length record and hopefully go on tour to play festivals and support shows with The Specials when it's possible again. After that, Hard-Fi fans might expect some new music from their long lost indie heroes.