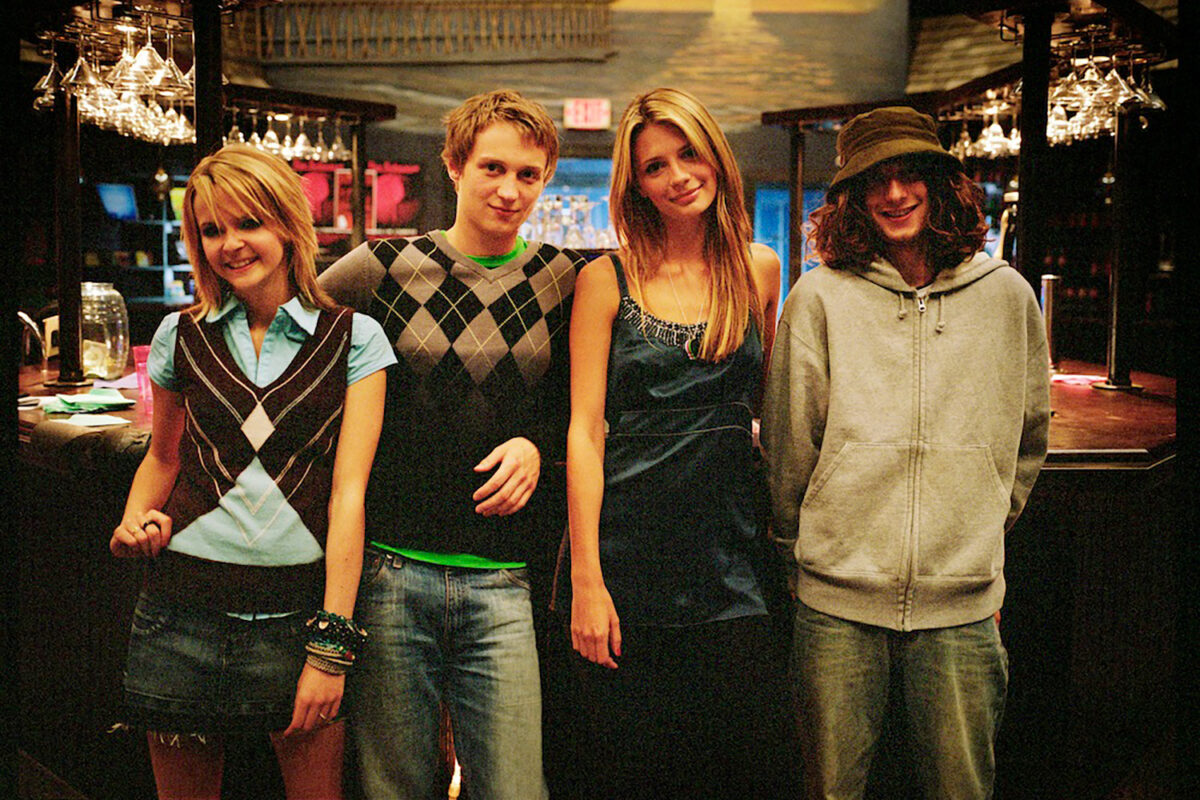 Instead of attending concerts, you currently have time to watch series that have shaped you in the past. From 2003 to 2007 The O.C. and especially the soundtrack of the series was one of them. The story was built around a group of teenagers in Newport Beach. The main achievement of the show was that it brought indie music closer to the teenagers who watched it. In many series, the niche genre is used to back up scenes, but The O.C. put bands like Death Cab for Cutie, The Killers or The Subways up front. Live concerts at the legendary «Bait Shop» were directly linked to the action of the series. Charlotte Cooper, bass player of The Subways, remembers the unique opportunity for the then young band from Hertfortshire, England.

The chance of a lifetime for upcoming bands

Even after all these years the soundtrack of The O.C. has not lost any of its appeal. The makers had a good hand in choosing the bands at that time, because many of them were still at the beginning of their career and have kept it until today. In 2005 The Subways released their debut album Young For Eternity and the same year they got an appearance in the show. It was a great honour for the trio, as bassist Charlotte Cooper remembers.

Such a huge thing for us then and now. It was even our first time in the USA as a band. I was a huge fan of the show before and the legend of The Bait Shop and all the cool bands that played there was so exciting to be part of.

Also the shooting remained in good memory for the musician. The band was allowed to look behind the scenes even outside of their performance.

We spent a couple of days there, and we were on set the whole time, even when we weren't filming. We loved watching the actors perform and the scene come together. It was so cool to see the characters' houses and room sets, too. 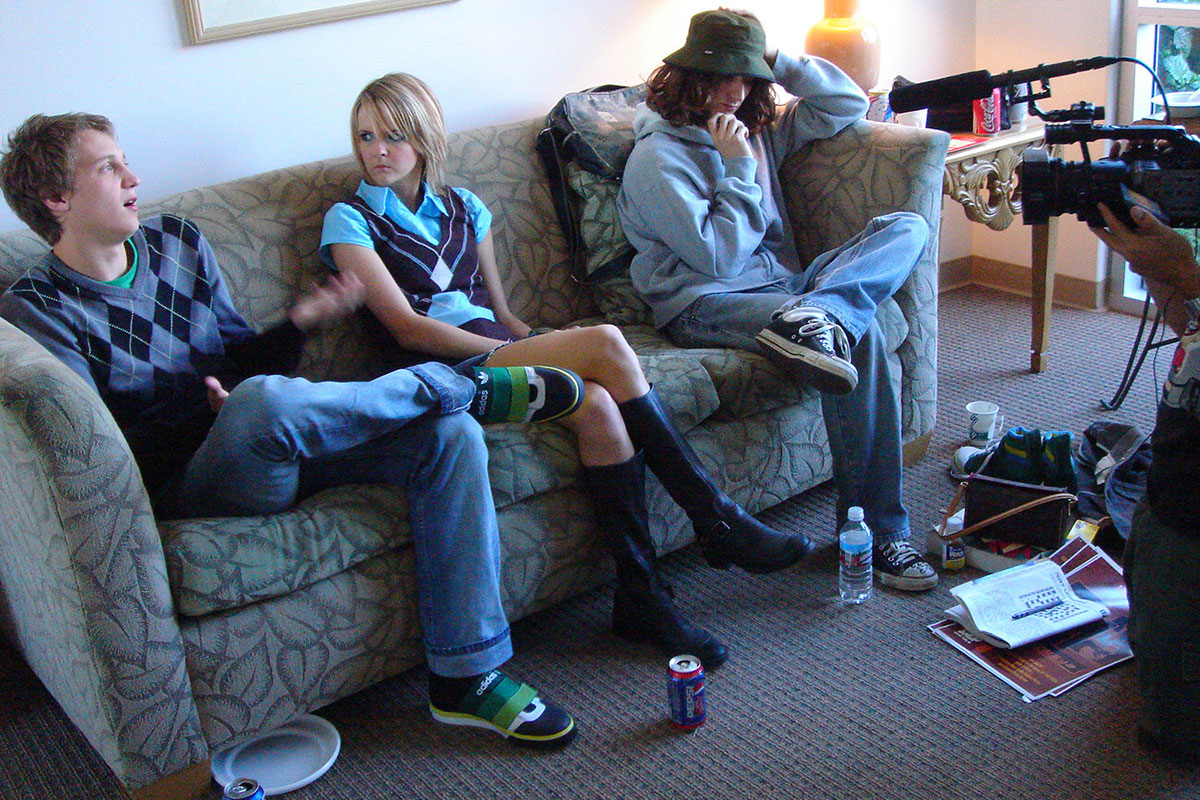 For fifteen years The Subways have been profiting from their appearance in the TV series, new generations of The O.C. fans are constantly growing up and discovering the band with a time delay.

Still now we receive messages from fans all across the world who first heard about us on The O.C. I think the show keeps reaching new fans each year as they grow up and watch it for the first time – a whole new generation of Bait Shop band fans!

In the video below you can see some impressions from the days of shooting. Besides an interview and some scenes from The Bait Shop it also shows the young musicians exploring the different sets.

The Subways: You know where they're coming from

It felt like entering wonderland to the young band. You can only imagine how exciting it must have been to see all the sets where the show was filmed. They even created fictitious posters announcing the gig of The Subways in the Bait Shop. The never seen before photos from the day were kindly provided by Ben Hamilton-Kirby, the band's manager since the early days. 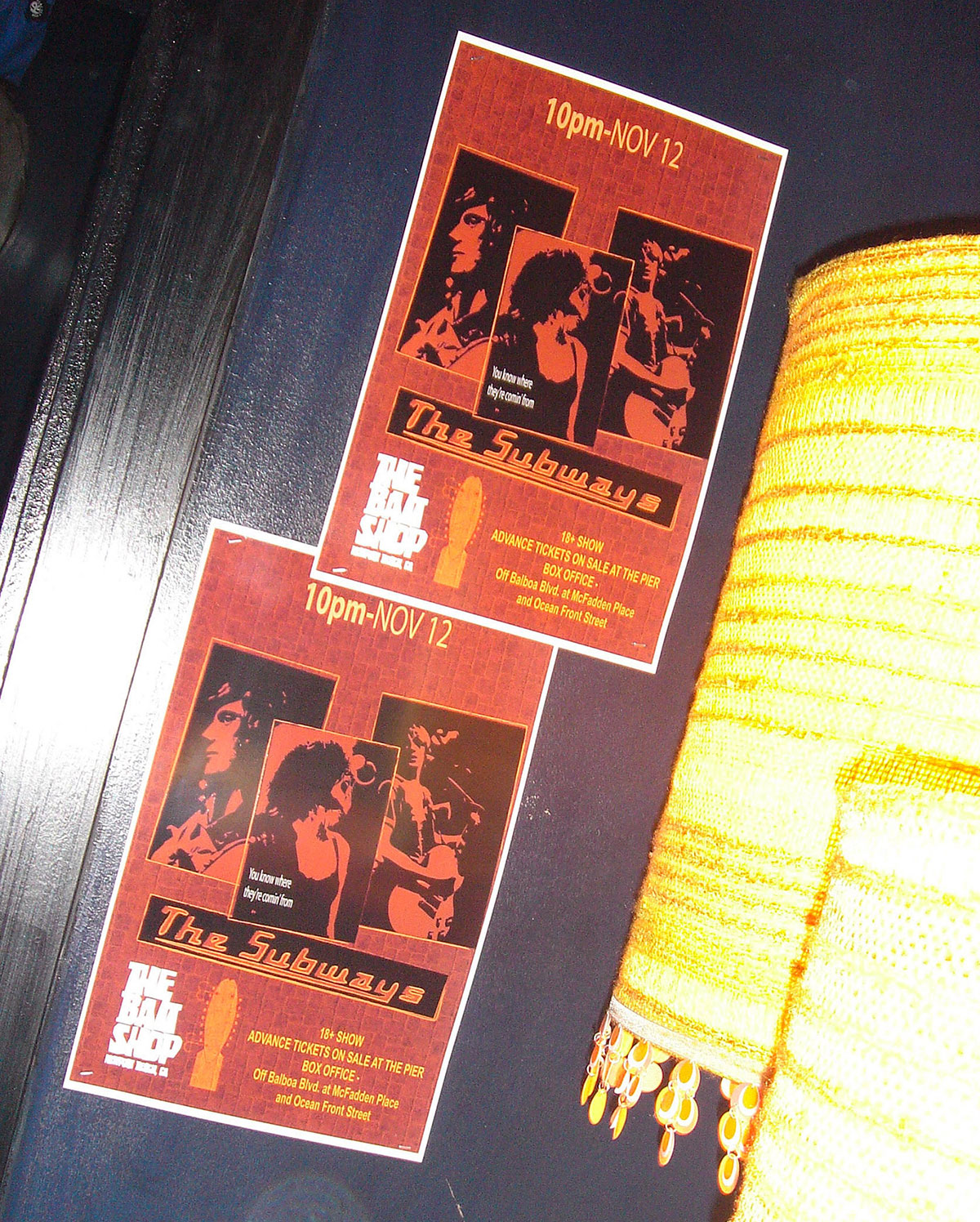 Fake posters to advertise the gig of The Subways at The Bait Shop.

Music from The O.C.: The perfect mixtapes for indie lovers

The Subways played three songs on The O.C. Rock & Roll Queen and Oh Yeah were part of their live-set at the Bait Shop and I Want To Hear What You Have Got To Say closes the seventh episode of season three. During the production of the series the creators also released several compilations called Music From The O.C. On Mix 5 The Subways are featured with Rock & Roll Queen. All of the five samplers are a perfect start to dig in the world of indie rock. You will find songs from bands like The Dandy Warhols, The Killers, Nada Surf, Spoon, Jet, Death Cab For Cutie, Kasabian, Keane and many more. 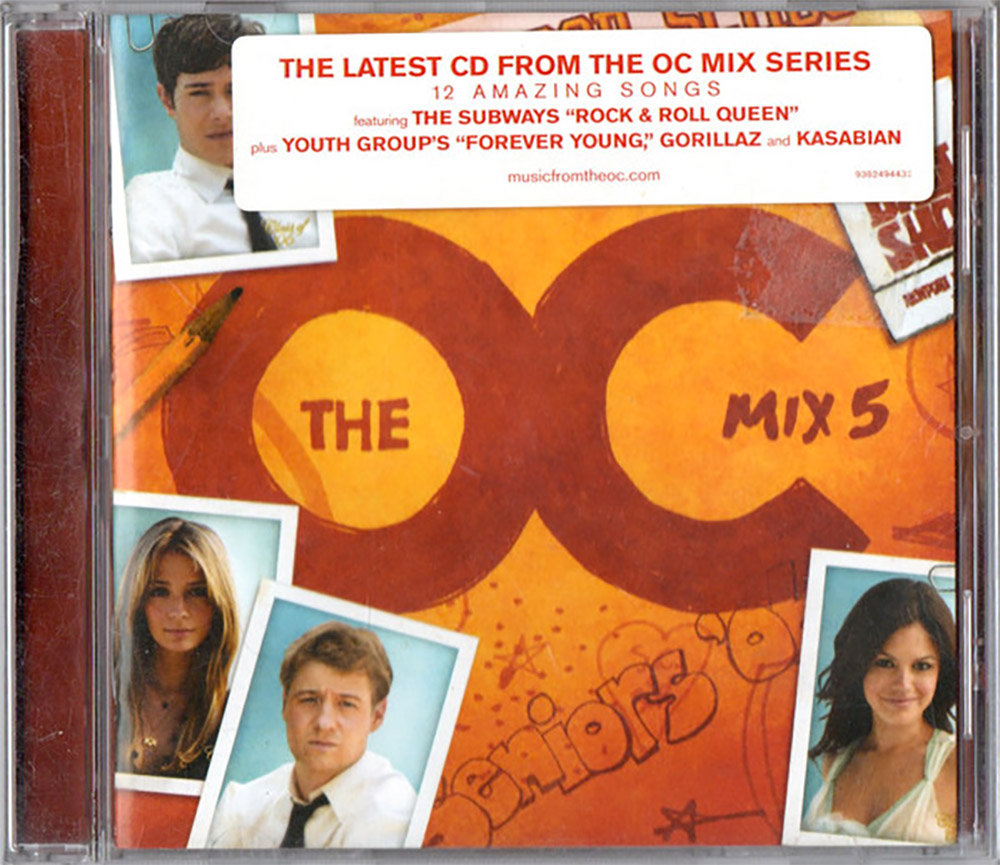 The OC mix series are highly recommended if you want to discover amazing indie artists.

"Young For Eternity": The birthday party will last a little longer

Nobody could have guessed that fifteen years later a pandemic would cross all plans for 2020. The Subways could only play three concerts of their long planned anniversary tour for their debut album Young For Eternity. Already by then it was clear that the rest of the shows would have to be postponed. This strange awareness made the experience on stage even more extraordinary for the band. 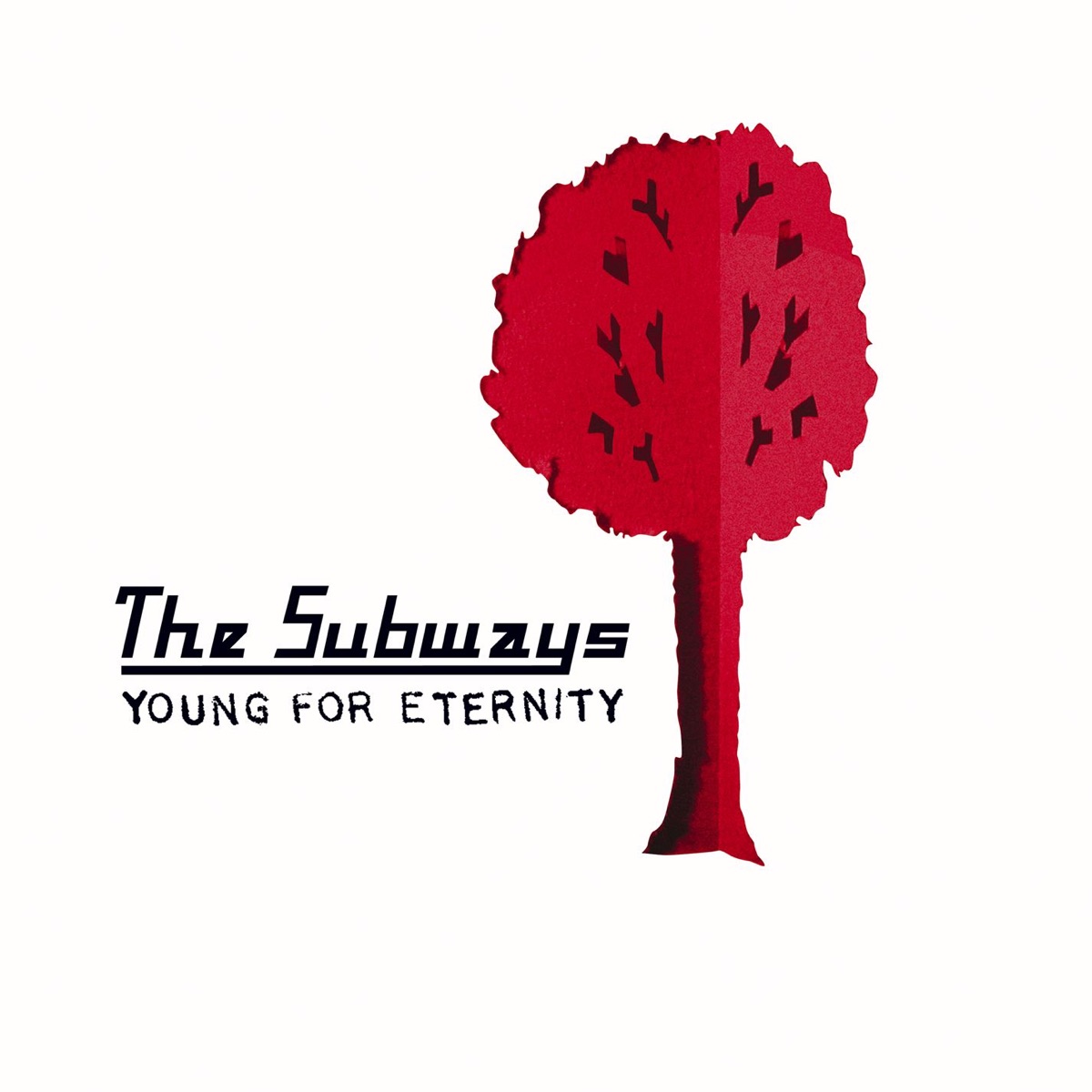 In 2005 the debut record "Young For Eternity" was released.

We had been so excited for this tour for such a long time and a lot of preparation had gone into making the set really special for fans and us as well. We were of course gutted that we had to cut it short for now, but there was never any question that pausing the tour there was the right thing to do. The first three shows were amazing and had a strange and very unique feel to them, due to everything happening around us all, and the uncertainty at that time. I think we kind of just put that all aside when we went on stage though, and loved what we knew would be the last few shows for a while. It felt great to play these songs again too, some of which haven't been played live for 15 years. The second half of the set was made up with songs across all four albums, plus a new one, and that changed every night, which was really fun.

If there is a positive aspect about the whole situation it's the fact that the band can focus on writing the next record. It's not only a year to look back on the glorious start, the journey of The Subways will continue in 2020.

We all loved being on stage, playing the music we love with everyone rocking along with us. It's been hard to step back from it and we miss it....but it'll just make us all the more ready to deliver the best show when we can return. The silver lining is that we now have more time to work on the new album in our individual homes, so we can hopefully get that album out even sooner.
Visit band website
X